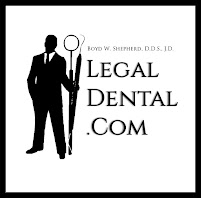 Have you received notice from the Board of a complaint or investigation?

Watch the 8-Video Series of this Guide!

• Complaint
The opening of every dental license or case investigation begins with the licensed dentist’s receipt of a “complaint,” which may be from any number of sources, including individual citizens, hospitals, other healthcare professionals, other agencies, and even the Texas Dental Board themselves. Once received by the Board, the facts of the complaint are evaluated by the Board’s director of enforcement for jurisdiction to determine whether the Board has the legal and statutory authority to take any action.

• Investigation Phase
If jurisdiction exists, then a preliminary investigation is opened into the complaint to determine the facts of the case. The investigator gathers further information from the complainant, as well as any relevant dental records. The records are obtained, and dentist whose license is at issue is given a chance to respond. When the investigation is completed, the Director of Enforcement can recommend that the case be closed, returned for as an official investigation, referred for an informal settlement conference, or sent to the State Office of Administrative Hearings.

• Temporary Suspension
At the initiation of the investigation phase, if the investigation reveals that the licensee represents an imminent threat to the public’s welfare, the case is referred to the Executive Director, who decides whether to refer the case for a temporary suspension. A temporary suspension is reserved for cases where board staff perceives that an imminent threat to the public welfare exists in the continuing practice of a dentist.

• Informal Settlement Conference
If the Director of Enforcement believes a violation exists, the case may be referred for an informal settlement conference (ISC). The ISC is an opportunity for the licensee to sit down at a table with three representatives from the board, and a few members of Board staff, and explain their side of the story. Sometimes this results in dismissal of the case, if the board panel is satisfied with what they hear. Alternatively, it could end with the recommendation of an “Agreed Settlement Order.”

• Agreed Settlement Order Negotiation
If an Agreed Settlement Order is recommended out of the ISC, the licensee has 30 days to decide whether they will accept it or reject it. Alternatively, the licensee and their attorney may also negotiate with Board staff to remove or alter various facts and terms contained in the Order. If rejected, the case will be filed by the Board for a hearing at SOAH.

• Contested Case Hearing at SOAH
If the case is not settled through an Agreed Order at the agency level, then Board legal staff will file the case at the State Office of Administrative Hearings (SOAH), where an Administrative Law Judge (ALJ) will hold a formal hearing and issue a Proposal for Decision.

• Disciplinary Actions
Whether agreed or ordered without an agreement, the board can consider the full range of actions on a license set forth in the Dental Practice Act and Board rules, including a dismissal, a remedial plan, a warning, a reprimand, probation, suspension, or revocation. Except for the first and last of the foregoing alternatives, most cases involve fines, restitution, and continuing education hours.

• Probation and Compliance
Licensees on Agreed Orders are monitored by the Board’s compliance department to ensure compliance, including completion of continuing education and payment of fines.